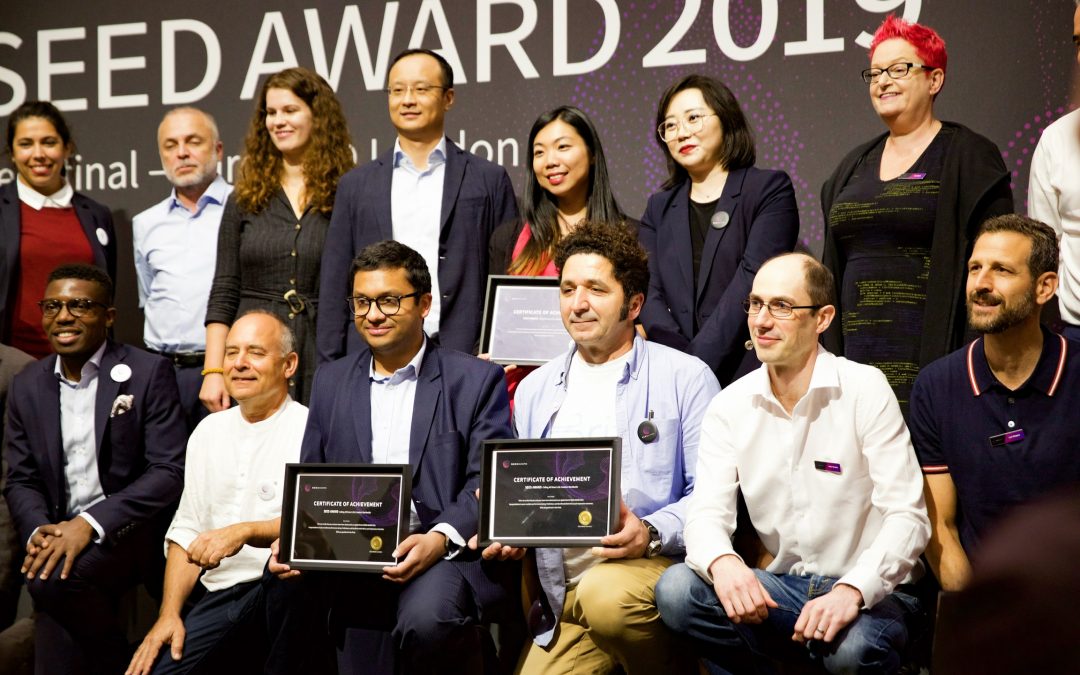 The SEED Awards is an annual award ceremony for creative geniuses. It takes the greatest global minds that are trying to better human life and the world.

The SEED Awards was launched by Seedland Group. It is the world’s first creativity award that highlights integration of technology and everyday life with innovative ideas.
This years European semi-finals was hosted at the Royal Society of Arts in London by  Jianwei Luo. Jianwei Luo is Co-president of Seedland and Qiong Wu, CMO of Seedland Group and head of SEED AWARD Organizing Committee.
The other semi-finals were held in Silicon Valley, California and Guangzhou, in southern China. The  finals will take place in October in China. The prizes will be 30 Regional Prizes at 30,000 Y, 3 Talent Prizes at 200,000 Y and 1 Grand Prize at 1,000,000 Y.

These prior ceremonies have already showcased some uniquely brilliant ideas. The European semi finals were sure to deliver the same. Upon arrival there was a coffee reception and mini dishes of food including sushi, chicken and risotto.

The event commenced with an introduction to our judges:

– Alistair Nolan: Senior policy analyst of the Board of Science and Technology Innovation of the OECD 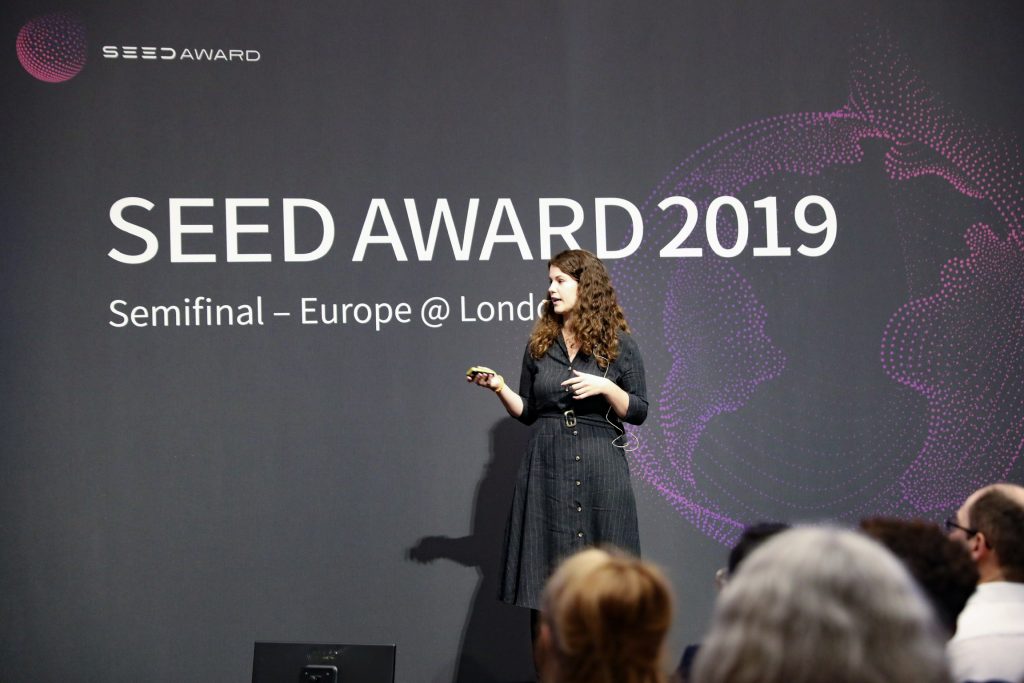 Presentations to blow your mind

Faception an Israeli startup that developed and markets a Facial Personality Analytics Technology.

The future of facial recognition is not one I’m looking forward too. Although this technology could prevent threats. However, Opening my phone with my face is enough for me.

Presented by Sofia Popov, I liked the idea  that the research could be completed in a day. A necessity in this fast paced world. I thought the idea that it was personalised makes it better as Googling symptoms usually end up in you Thinking the worst.

Pavegen is the global leader in harvesting energy and data from footfall. Their technology connects people to sustainability and smart cities, creating powerful experiences which convert footsteps into off-grid energy, rich data and rewards.

Pavegen was presented by Richard Ardley, the pavement looked like fun to step on and the fact that it is creating energy is a plus.

This innovation was presented by Anurag Agarwal and I it intrigued me as I have a valvular heart disease. Whenever I have a scan I hear my murmur. However how reliable will a diagnosis with just sound be?

Addressing core issue of longevity, starting with service dogs. This idea was presented by Natasha Naidoo and blew my mind. Longevity in animals and humans is something everyone wants. Hearing this could happen makes me think of the movie Nutty Professor for some reason. The thought of people being able to pick their life length is a topic I think will spark a lot of moral debates.

IONOTERRA is a Scientifically & Realistically proven system, enabling mankind for the first time to Predict & Warn population of an upcoming Earthquake, at least 8 Hours before the Catastrophic Event, with over 90% precision. (for magnitude exceeding 4.5 Richter scale).

In the UK we don’t really have earthquakes however this technology could save so many lives.

Wootzano Ltd is a flexible electronics company and has redefined the flexible meaning in the industry. The product Wootzkin is one of the world’s first commercially available highly sensitive and fully compliant force/pressure sensor embedded with temperature sensors in the form of an electronic skin. Presented by Atif Syed.

This technology is why Wootznano is one of the leading electronic skin companies.

Protecting babies from outdoor air pollution. It is focused on developing a new, high-function active fan filter supported by a digital app that is designed to protect children from air pollution in an urban environment.

This was presented by Yosi Romano and is exactly what is needed at this time environmentally. a it will help us to protect our future generations.

Point of care cancer detection, with just a blood sample. Combining cutting-edge machine learning and molecular biology to reveal mutations to look for in blood samples, helping to spot cancer at earlier stages.

This was presented by Mun Ching Lee and cancer is unfortunately everyone is affected by. Earlier detection or even prevention is a win for me.

Routemasters is a company that revolutionises planning and navigation of public transportation in emerging cities. Presented by Seye Odukogbe, this technology could help to regulate traffic and map out better routes.

And the winner is…

After each presentation the judges questioned the inventors about production costs and clarity of information. The Judges then went to deliberate in a private room whilst we waited patiently.

The judges returned and the envelopes were opened. The three semi-final winners were Wootznano, Brizi and Ameryz Bio. After a mini celebration with drinks and networking it was time to go home. Feeling inspired by the evening I can honestly say I feel happier about our future. Knowing  we have innovators still fighting for humanity is the definition of hope.