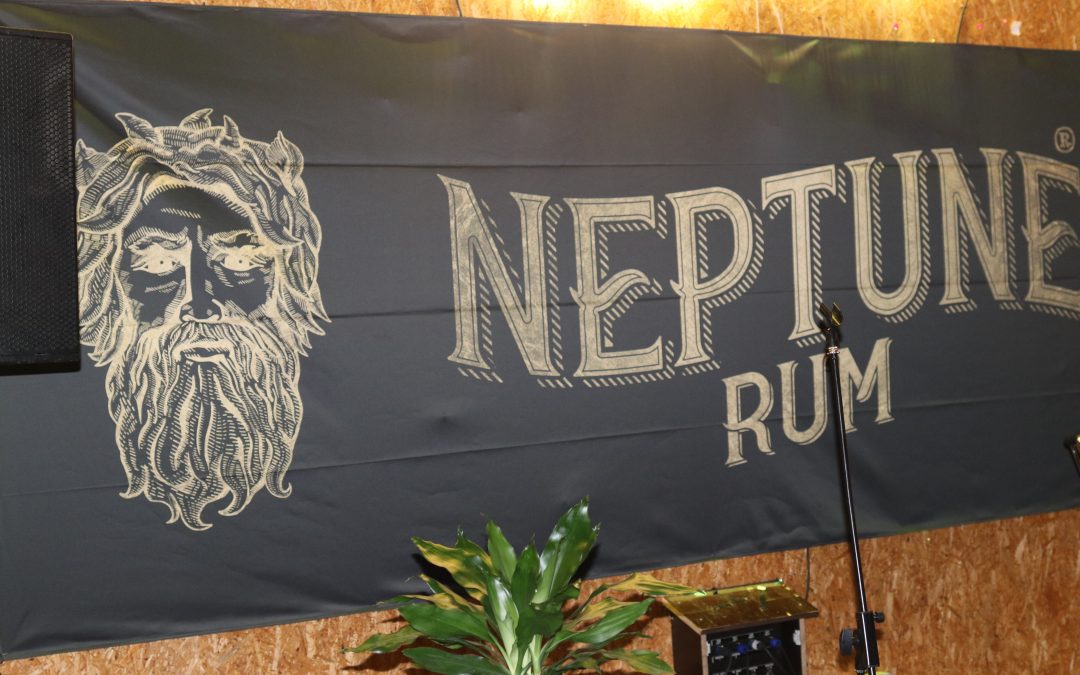 Thursday is officially the new Friday or it is in my world and the Rum world. Last Thursday we were invited to try the latest Rum in the UK, Neptune Rum. Founded by Richard Davies, originally a bourbon man, two years ago the vision was created. Two years later we have Neptune Rum, currently the worlds most awarded Rum. Now I am a little island girl, as most people call us Bajan women, however, we know a good Rum and when I heard that it had won Barbados Rum of The Year, it was time for me to taste. Thursday is the New Weekend for Rum

Pop Brixton is the perfect venue for anything and especially a Rum launch. As I walked down the corridor towards the event I had no clue what to expect.  I walked into a buzzing crowd of people all drinking Rum Cocktails. After a short panel, food was served and it was amazing, jerk pork, jerk chicken, saltfish fritters and Plantain (or banana as one of the servers named it). Unfortunately, being vegetarian I only ate the fritters and plantain, but I had Along came Audg with me and she said that the rest all tasted amazing. I may have eaten several portions of Rum Cake and fruit for afters, can we keep that between us though?

After safely lining our stomachs with food, it was time to taste the cocktails and Rum was the main ingredient. The two cocktails were very different, one contained coffee and the other one had a hint of Orange. Coffee is an acquired taste; however, it really masked the Rum and I drank two cocktails before I realised that they were the kind of drinks that creep up on you. The best way to take a break from cocktails in my eyes is to take photos. After trying to get a perfect shot of the Rum with James, one of the directors of Neptune Rum, it was time for the press board. We grabbed Ian Burrell, Global Rum Ambassador and headed to the Press Board where we made the directors of Neptune Rum do a mini photoshoot, followed by Ian, Rum in hand.

All in all, I must say I can see why Neptune Rum has won awards as it is smooth and goes down a treat. I even brought a bottle home for the real test, my parents, both from Barbados they are Rum drinkers. If it goes pasts their taste bud test, Neptune Rum will become the new family drink. Let’s just say it’ll be a very Rum Christmas.