I arrived at the Art & Vibez Blacklisted event super excited. I was unsure how the fusion of music and art would work however there was a showcase of 5 artists and 5 music artists. It was the first time I had taken in art as I’m more of a music girl. However, when I walked into the room I knew I was in for a good night.

The location was bright and colourful and all the paintings on the wall added to the ambience of the place. It was a very busy because of the sheer amount of people who came to enjoy the night. There were paintings all over the walls and many were appreciative of black culture which really excited and impressed me.

Paintings made from Coffee?

One painting in particular that caught my eye was the of  a woman, looking into the distance with the shapes of flamingos all around the page and on her clothing. It was later revealed to be painted with coffee. How amazing and unique is that.

The paintings displayed were from 5 artists:

The painting styles of each artist seemed to appreciate the beauty of women and women’s bodies. There were paintings of all different types of women.

The live music performances were by talented musicians who covered jazz songs, gospel songs and performed their own material. The whole idea was for some talented artists to showcase their work blended with the sounds of the live musicians.

The atmosphere was very chilled with many people conversing, drinking and analysing the paintings around the room. Accompanied by the live music, the setting reminded me of many movie scenes I have watched.

There were several performances on the night by: 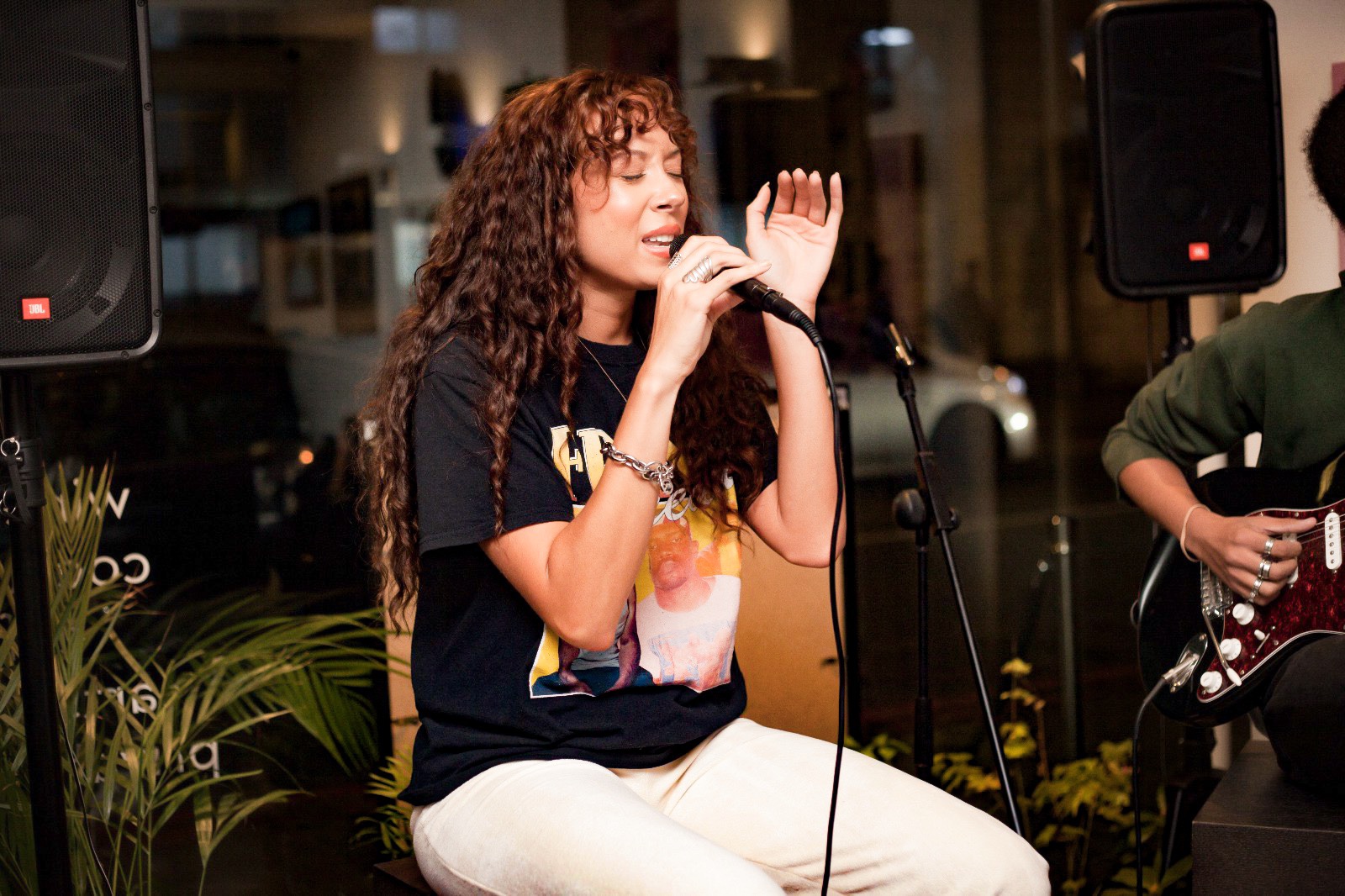 The performer which stood out the most to me was Morgan Munroe, her voice was captivating and the lyrics in her songs were very heartfelt. She performed several songs. One was inspired by the lessons of life her mum taught her, from romance to self confidence. Her guitarist also showcased their musical relationship which had the audience hooked on each note strummed.

Hosted by Michael he had us laughing and joking the whole evening. As the founder of the event he also gave us the background information as to why he created Art and Vibez. Art and Vibez was created for just that, to look at art while enjoying the vibe of music around you.

Byron performed a gospel song called ‘Reckless Love’ which is a song I play everyday however it was nice to hear a male sing it and add his own emotion. He also covered a Taurus Riley song which showed off his range.

I thoroughly enjoyed the event as it opened my eyes to the creative world of mixing art with live music. The artists not only put their all into each painting but some their coffee. I would definitely attend this event again due to the different experience I was able to receive. A brilliant night for anyone wanting an introduction into Art or Music.