From LA to UK Milani Cosmetics is here to stay 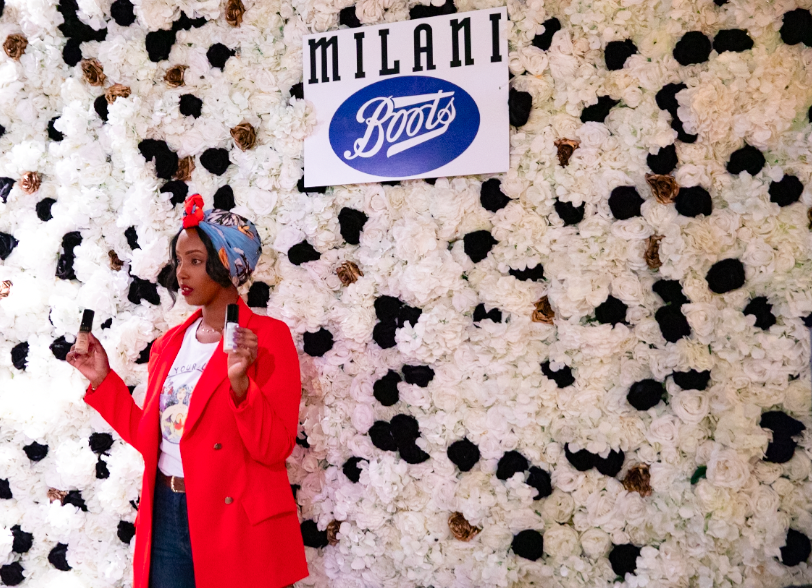 Milani Cosmetics has arrived in Boots UK and yesterday saw the launch party of the Los Angeles based Make up brand. Hosted in Juno Rooms, Central London the event was attended by the top socialites and Influencers alike. It may have been a rainy day but Sunny Los Angeles brought the heat to the room with the range of foundations, lipsticks and eyeshadow palettes. 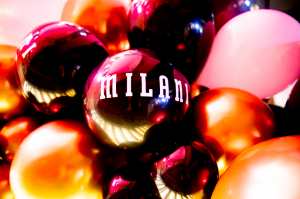 As we entered the Juno Rooms we were completely unaware what to expect. The brand had a great evening in store for everyone. We were greeted with glasses of prosecco and a full room of attendees already trying out the makeup. There were Milani balloons everywhere and an Eyeshadow palette Tower that I think everyone had their eyes on. As we rounded the corner there was a stunning back drop with flowers and a Milani x Boots sign. This was occupied for most of the night by people taking photos.

The first 3 tables had the range of Milani products on them. The first table had a lovely selection of blushes, highlighters and eyeshadow palettes. The second table had primers and the 20 foundation shades which will be launching in the UK. The third table was my favourite and the table I decided to make mine for the night. You guessed it there were Lipsticks and glosses for every occasion. 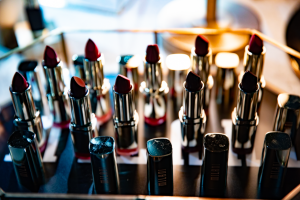 After analysing every shade of red on the table I was ready to see the rest of the room. In the far corner the attendees were being given colour matches so they knew what shade of Foundation they were. Although having a makeup mirror at an event meant there was another corner spot for selfies. The photo opportunities were extensive.

How to do your Eyeshadow with Carmi MUA

After an hour of networking and trying makeup it was time for a demonstration. Peter Stockdale the General Manager came and gave us a talk all about the brand and its history. After a short presentation Carmi an Italian MUA (@CarmiMUA) asked for two volunteers. Carmi and Deniz Baysal (@MakeUpDeen) were going to demonstrate how good the eyeshadows were. After picking two volunteers of different ethnicities Carmi and Deniz went to work. In 10 minutes the looks were complete and both models looked beautiful. It was the perfect demonstration to see how pigmented the eyeshadows were and how smooth they are to apply.

After the short demonstration we were lucky enough to interview the GM and Carmi along with a few other guests. After finding out some tips from Carmi on how to apply Eyeshadow we decided it was time to leave. However, not before we were given a beautiful Black Make Up bag with an eyeshadow palette. I will definitely be using that to practice my make up skills. However, if you’re looking for a brand that is pigmented has a great range of shades and is affordable. Then you need to head to Boots and let us know what you purchase.